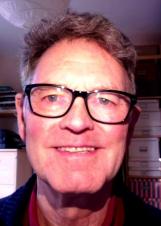 At school, music, particularly singing, was Mike's favourite extra-curricular activity, although he also enjoyed the sciences and maths which he studied in years 12 and 13. At university, he studied chemistry and spent several post-graduate years carrying out chemical research. At the same time, he sang in a range of choirs experiencing large scale and chamber repertoire. Mike trained to teach and moved to a Head of Science post in Leicester in 1982. He and his partner sang for a period of time in The Leicester-Shire Chorale. Apart from a short break in Nottingham, Mike has been associated with Leicester-Shire Schools ever since 1982, having been a Headteacher in both a city and a county school. Mike has always wished to see young people experience a balanced curriculum, including the arts. Both his daughters were involved with 'Leicester-Shire Arts' and their current jobs involve music today.

Mike is passionate that all young people should have the chance to make music and is worried that music will become too expensive for many children to take part in as public funding for the arts and arts in education/schools reduces. Hence, his keen involvement in setting up and becoming a trustee of LMCT. 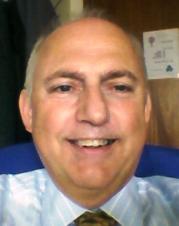 Phil has lived in Leicestershire all his life and after studying biology at university chose to join Leicestershire Police as a police officer. After 30 years in uniform and then a further ten as the PCSO and Volunteer programme manager he finally retired but has continued his involvement with the voluntary sector.

Married and with two teenage sons, Phil has seen first-hand the benefit and opportunities that music can give to young people. His eldest son is an accomplished musician playing percussion with the LSMS Wind Orchestra as well as playing piano and baritone sax for personal enjoyment

Such has been the impact of his son's involvement in music, Phil passionately believes that the opportunity to be involved in music and the arts should be available to all school children regardless of their background.

Having served as a Trustee and Vice Chair of an East Midlands Adoption Agency and as Chair of a Leicester based music charity, he joined the LMCT Board in the summer of 2018 in the hope of contributing to the development of music across the area for all young people. 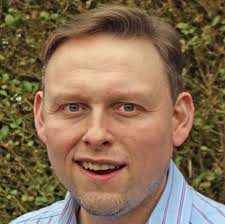 After pursuing a career in revenues and benefits administration Leon has worked in the political field for nearly a decade.

Leon has been a county councillor, chairing the overview and scrutiny committee for children and families at County Hall, and providing support and advice to cabinet members. Leon currently works for a Member of Parliament.

In addition to his other commitments, Leon sits on the management committee / trustees of a number of charitable organisations including The Leicester-Shire Music and Cultural Trust.

Leon writes on the subject of politics for a number of high profile organisations including Huffington Post, i-news and The Catholic Universe.

Having played the church organ himself for many years Leon is convinced that music can change the lives of children in Leicestershire for the better; whether encouraging talented young musicians into the professional ranks or giving children from deprived backgrounds the chance to enjoy the discipline and opportunities learning an instrument can bring. 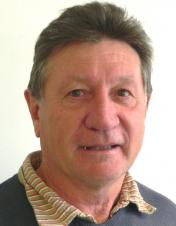 Mike has lived in Leicestershire all his working life, teaching in both the city and county, eventually becoming a Headteacher in the primary sector. He has now retired and continues to support activities that develop young people.

He has always believed if young people are going to be well rounded and successful as adults their education should be more than the basic curriculum. Throughout his career he has been involved in promoting many extra curriculum activities which have helped to develop the physical, mental, academic and emotional well being of his pupils. These young people have grown immensely from the opportunities provided for them thereby enhancing their lives and encouraging lifelong learning as something pleasurable and enjoyable.

Mike believes music benefits us in many ways. It can improve visual and verbal skills; keep the brain healthy through exercise; strengthen the heart by singing; improve sleep quality, boost your immune system, increase happiness and wellbeing so help to reduce depression and anxiety.

The opportunity to be a Trustee of the Leicestershire Music and Cultural Trust has allowed him to continue supporting young people in a positive manner allowing them to learn, play and enjoy music.